African Art is one of the world’s great traditions, as can be seen in any catalogue or book dealing with the topic, such as that produced for ‘Africa: The Art of a Continent’ exhibition in London in 1995–1966. Yet, very little attention is paid to it in South Africa, with the exception of a few academics, artists, curators and collectors. Stephan Welz & Co is the only auction house in South Africa and on the continent to deal in what is generally described as ‘traditional’ African Art.

It does this despite the ogres of inherited concerns, not only around the word ‘traditional’ but also of the colonial imperatives and European ownership of collecting, theorising, categorising and interpreting it, as well as profound concerns about authenticity in the face of its nemesis of rampant faking, copying and reproduction. However, removed from the sites of origin, that market continues to thrive overseas in Brussels, Paris, London and New York in auction houses such as Christie’s and Sotheby’s, where Africa continues to be prefixed with ‘tribal’ or ‘primitive’. Many of the objects in Welz’s October 2017 auction in Cape Town touched on current discourses around African objects and are used to illustrate this article, which examines cultural exchange by looking first at the introduction of new materials to old, established forms and, second, representations of the colonist. Iziqhaza (earplugs) are items of adornment made to fit into the cut earlobes of both men and women of Zulu descent or influence, and are used as markers of identity. Initially they were made as small, wooden circles that could fit into the cut in the earlobe, but they were gradually enlarged until some became about 5 cm in diameter. Later the wood was carved and painted and, during the 1950s, covered with cut-out pieces of Marley tiles, like the two pairs illustrated on the left above. Marley tiles are manufactured from plastic, vinyl or linoleum material in England and locally as a floor covering. For ear plugs, the tiles were carefully cut into small, geometrical shapes in various colours and attached to the wooden disks using a pin without a head. Designs were symmetrical. The use of Marley tiles was a much-admired stylistic adaptation of the earplug which was given its own name, amashaza (Bruce Goodall, September 2017).

In the 1970s, a further change occurred with the inclusion of yet another manufactured material, Perspex, as in the pair on the right. Perspex is a less flexible material and more difficult to cut, and required a different technique to fix it to the circular disk. Designs became simpler, bolder, brightly coloured and the parts were held in place with glue and silver studs. Sometimes made in two parts, these izighaza could clip onto the lobe like a large, flat earring. These new materials demonstrate an encounter with modernity that led to a class of specialist earplug makers in Johannesburg and an internal trade network. Migrant workers would purchase iziqhaza/amashaza in the city and take them home to the rural areas. At a micro level, this market illustrated the slowly dissolving cultural separation between urban and rural, between work and home, where individuals kept their identities alive as they adapted to the duality of migrant labour. It was a transformation and commercialisation with more far-reaching implications than a decorative addition might initially suggest. And it is a conclusion that applies to many exchanges.

One that led to another kind of transformation occurred with the use of glass, seed beads. These small, glass, seed beads, used throughout the subcontinent, were imported as South Africa did not make them. As a subtext, beadwork, as well as supporting changes in appearance, is an expression of a transaction of some kind. Each bead was laboriously sewn onto a leather or fabric backing or strung to make body ornaments and wearable items. Although this process required an extraordinary amount of skill and labour, the seed beads were desired for their colours and sheen and were considered to be more beautiful than local forms made from shells, reeds, seeds or clay. Despite the imported source of the beads, they were incorporated into local forms and social structures – in other words, the foreign has become traditional, so much so that in special circumstances another layer of meaning could be added. For example, when Nelson Mandela wore his Xhosa necklace at the Rivonia trial judgment, the beads became a sign of resistance. As a traditional item, beadwork could convey messages in historical moments in alien cultural circumstances. For a few years after the 1994 democratic election, local identities were claimed at the annual opening of Parliament in Cape Town through the costumes associated with specific regions and people, in the face of the ubiquitous and apparently non-aligned Western dress. The single standing figure has a long history on the continent and is found in most countries, serving as many purposes. The encounter with Europeans provides an interesting take on this trajectory and is one of the most expressive visual responses to that contact by local, indigenous communities. From the time of the arrival of the Portuguese in West Africa, on their way to finding a route to the East, the foreigner has been represented. Local skills were much admired and salt cellars were made on order (salt was a precious commodity at the time). Finely carved in great detail, the Portuguese and their king appear from the late 15th to the early 16th century. Representations of the Portuguese continued and soldiers appeared on the brass plaques taken from the Oba’s palace during the sacking of Benin City in 1897.

Something different happened in the southern end of the continent during the colonial period. Responses by local carvers to Europeans are found carved on the tops of sticks or as independent free-standing figures.

Usually soldiers, policemen, men in positions of authority and a few women in their long dresses were carved as small sculptures or on the tops of sticks. They are often witty, humorous and detailed, offering a commentary on the European presence on the continent. Dating to the 19th century is this rendition of a rotund, dapper European male, dressed not in a uniform but in conventional Western clothing. The chain around his neck could be a later addition, perhaps signifying a chain of office. He is rotund and snappily dressed in a suit and waistcoat with a hat on his head. The pointed beard, the shoes and the waistcoat have been blackened, a characteristic of work produced in Mozambique in the 19th century (see H.A. Jundod, Life of a South African Tribe and M. Stevenson, The Mlungu in Africa). This work precedes by many years, the later mass production of brightly painted colonial figures from West Africa found in many street markets. The mask on the right above was acquired from a member of the Nyau, a secret society of initiated men in Malawi. Carved from wood and painted with red enamel, it has mirrors for eyes and the back is covered by scraps of fabric. The colour, the moustache and the dominant chin indicate that this mask represents a European. Two characters in the Nyau masquerade performance are European – one is a bwana, a master, and the other is this one, “Simoni (from Saint Peter), who is typically represented by a red mask resembling a sunburnt Englishman and a suit made of rags. This character might also be a caricature of an Englishman”.

A couple of conclusions can be drawn. This is not the only instance in which characters in masquerade repertoires were used. For example, the Makonde adopted Frelimo soldiers with their green berets on their mapiko helmet masks in their masquerades. Importantly, these introductions challenge notions of the fixity of African art, that it is static and unchanging, and indicate that it is rather reflexive and responsive to current social conditions.

The mask has, in some sense, become the iconic African form and is included in various ways in contemporary art. Romauld Hazonne (West Africa) refigures masks in salvaged materials and industrial waste, retaining (as the Web puts it) “their spirituality”. Pascale Tayou (Cameroon) included a real mask as the face of one of his cast fibre-glass copies of standing figures. Masimba Hwati (Zimbabwe) deals with concepts around what he names Neo-tribal and reconfigures rugby balls into masks that “blur the lines between the traditional and the modern” (see online sources for these three artists). These reformulated masks function as independent works to be hung on walls; they are without specific associations, although the source remains present.

African art did not stop with the arrival of colonialism, nor did local performance and rituals disappear, despite the activities of missionaries. Change and developments did take place which does not deny or exclude the authenticity or quality of the art. The ground has shifted since the early 20th century when Europe found in African art an expression that helped Picasso find a new, formal language for what later developed into Cubism. Reinvention and reuse now lie in the hands of young black artists on the continent and not in Europe. 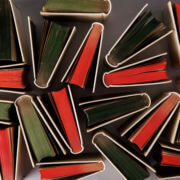