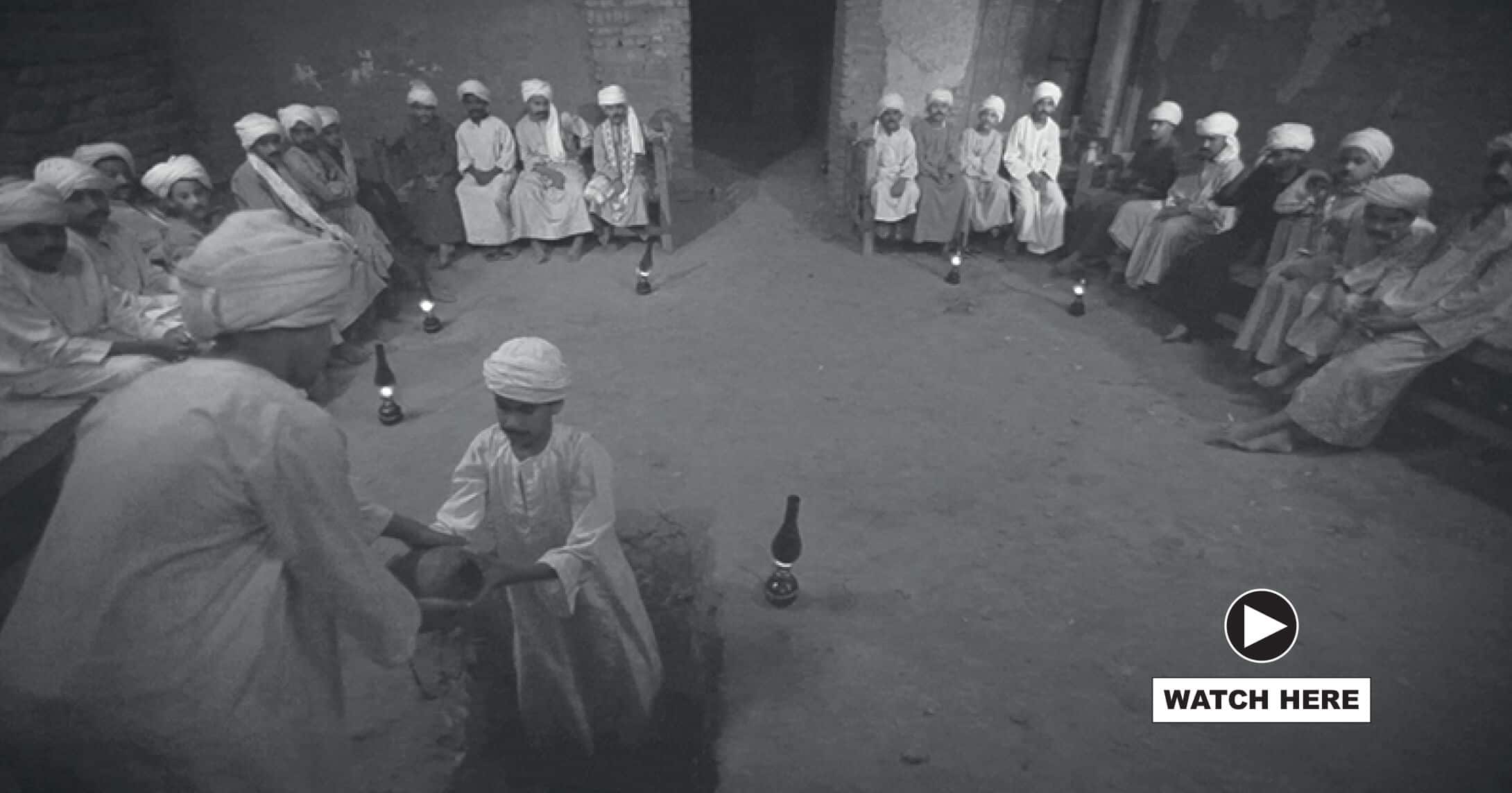 Join the Sharjah Art Foundation this Friday (15 May 2020, 9:30 pm) for the online screening of Wael Shawky’s short films Al Araba Al Madfuna I (2012) and Al Araba Al Madfuna II (2013). Inspired by the artist’s experience with residents in the village of Al Araba Al Madfuna, one of the oldest cities in Upper Egypt, the films feature children from the village, dressed as grown men, who retell stories by Egyptian novelist and short story writer Mohamed Mustagab (1938-2005). The films reflect Shawky’s long-time interest in using literature and histories from Arab culture to create new forms of cinematic and performance art, and they bring into dialogue real and imagined histories of the Arab world in provocative retellings that pose timely questions about truth and fabulation.

Winner of the Ernest Schering Foundation Art Award (2011), Shawky was commended by the jury for his work in film, which they characterised as ‘remarkably impressive due to its consistent development and extraordinary precision. His re-performances of historical and political events ignite unconventional perspectives which exceed reflections of Egyptian societal structures. He creates images that are crafted with technical mastership and therefore induce an immediate persuasiveness.’

The livestream of the two films, which will be screened consecutively, can be accessed at 9:30 pm through this link. As the films cannot be streamed on demand, viewers who join the streaming at a later time will not be able to watch the full programme from the beginning. The films are in Arabic with English subtitles.

In Memoriam of Henri Vergon
Scroll to top