Aboriginal Australian artist, Michael Cook. seeks to consider alternative histories through the ‘staging’ of indigenous culture through the lens of the white Australian settler.

Michael Cook, Undiscovered 8, 2010. Inkjet print on cotton rag paper. Courtesy of the artist & This Is No Fantasy.

ART AFRICA: Australia and South Africa both share many challenges relating to their colonial past. Was this a factor in deciding to exhibit your work in the South African art market?

Michael Cook: Each country has a unique culture and history. In my work, I draw on my background as an Aboriginal Australian to reflect on colonialism in Australia. I try to challenge colonial focused histories and ways of presenting history, often through the reversal and restaging of entrenched narratives. I was never taught Aboriginal history at school, only about the European settlement of Australia so scrutinising this perspective and creating works that explore an alternative version of Australian history is important to me.

Your Undiscovered series seeks to address the ongoing effects of colonisation through the depiction of indigenous culture. You also use photography as a method to record history. How do you measure the success of this?

If my work provokes conversation and debate and causes people to reflect on the experiences of Indigenous Australians, that’s definitely one marker of its success.

I’m fascinated by the role of art and photography as a method of recording history and shaping cultural memory and try un-pick habitual ways of thinking and seeing in my work. I often blur fiction and fact in my work, which also calls the veracity of photography into question.

‘Undiscovered’ looks at the so-called ‘discovery’ of Australia and its representation in history. It considers the ‘staging’ of Indigenous culture through the lens of the white Australian settler and seeks to offer up an alternative narrative. Setting the series on the beach, looking out to sea as Aboriginal people would have when the first ships arrived into Australia and reversing the roles of the Aboriginal man and the colonisers is a way to shift the conversation. Including Australian native animals as well as introduced objects also prompts questions about the ongoing effects of colonisation on Aboriginal culture and country.

You have previously stated that you believe you are only called an indigenous artist because you shoot indigenous-themed projects with indigenous people. It must be quite challenging creating the work you do when so many prejudices still exist – how do you navigate this?

You can’t control how people perceive your work; as an artist what I do is keep making work that addresses issues that are important to me. I’m proud of my Aboriginal heritage and will continue to draw on it and explore Indigenous issues in my practice.

You have often referenced your background as a fashion photographer as the driver of your creative process. Do you think this has greatly contributed to your success?

I think the skills I learnt as a commercial photographer has been invaluable – spending time in a commercial studio and in photo labs gave me the tools to realise my vision and achieve the aesthetic effect and quality of the images I am aiming for. Having a strong understanding of the technical aspects of photography is also very empowering; it allows me to challenge the medium and push the boundaries.

Visually I try to make work that is aesthetically appealing – I think if work draws people in and engages them, maybe even seduces them, they are often more likely to spend time with it and consider the issues than if it is very aggressive or unpleasant to look at.

Working commercially, you also have to work with briefs and deadlines which is a very useful skill.

Your work is important in addressing the injustices of the past and so the audiences you expose the work to are also important. How do ensure the work is presented in the right context to the right audiences – and what kind of collections would you like to see acquiring your work?

I’ve been fortunate that my work has received a strong critical response both in Australia and also internationally and is regularly curated into institutional exhibitions, which is a fantastic context for it to be seen in. In the past few years it’s been shown at galleries including the British Museum, National Gallery of Singapore, National Gallery of Australia, AAMU Museum of Contemporary Aboriginal Art, The Netherlands; and was also shown in Personal Structures – Crossing Borders at Palazzo Mora during the 56th Venice Biennale. I was especially excited when it was acquired by The British Museum, London – what an incredible place to consider our history and the ongoing impacts of British colonisation on Indigenous Australians.

While museums and public institutions are fantastic places for artwork to be seen, I think that any forum that creates an opportunity for the issues raised in my work to be aired and considered has value. 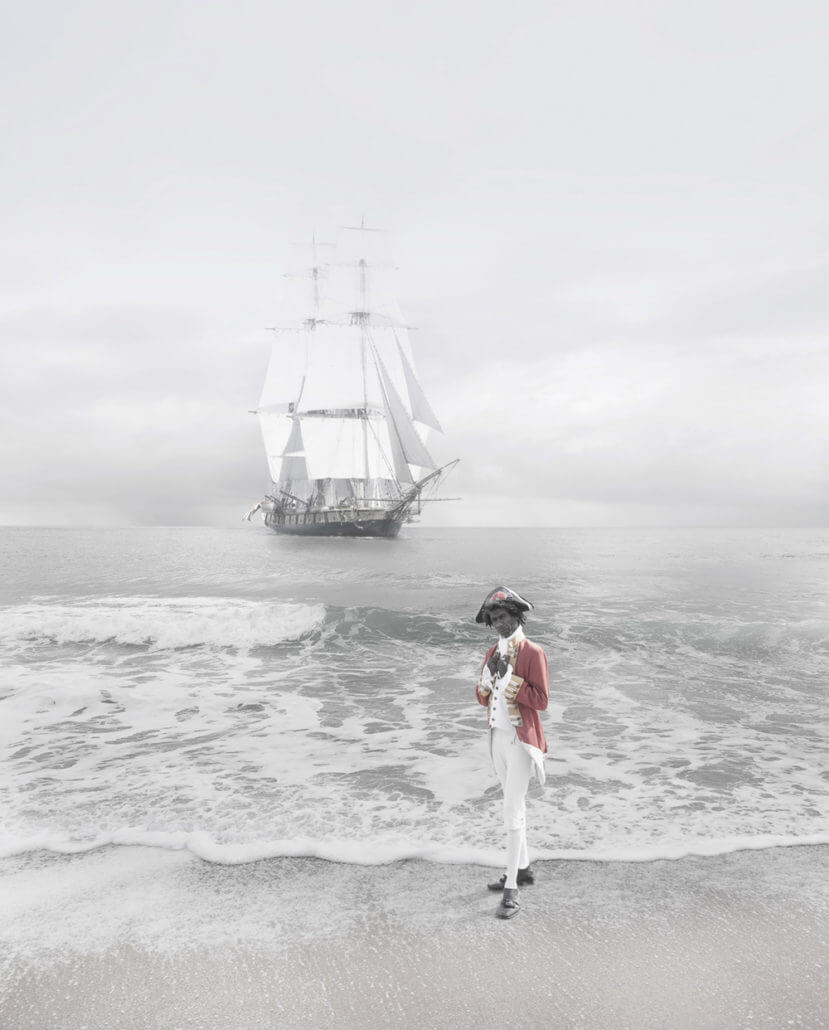 You have participated in residencies in Australia, New York, and London. Was the work you produced there influenced by local social conditions and will you be looking at similar opportunities in South Africa in the future?

I try to travel regularly, it’s a fantastic way to broaden your knowledge and get different perspectives which inform and feed into my work. London was my first residency and having access to such seminal museums was an incredible opportunity to consider British narratives and imaging of colonisation.

I would love to have the opportunity to spend time in South Africa and get a better understanding of colonisation and its ongoing impact there, and the way it is being reflected in the arts.

VOICES FROM THE eARTh