Touring the African continent, the travelling exhibition organized by the Fondation pour le Développement de la Culture Contemporaine Africaine (FDCCA) under Director Fihr Kettani, emphasises the importance of collaboration across the continent in changing the rules of engagement with African art. 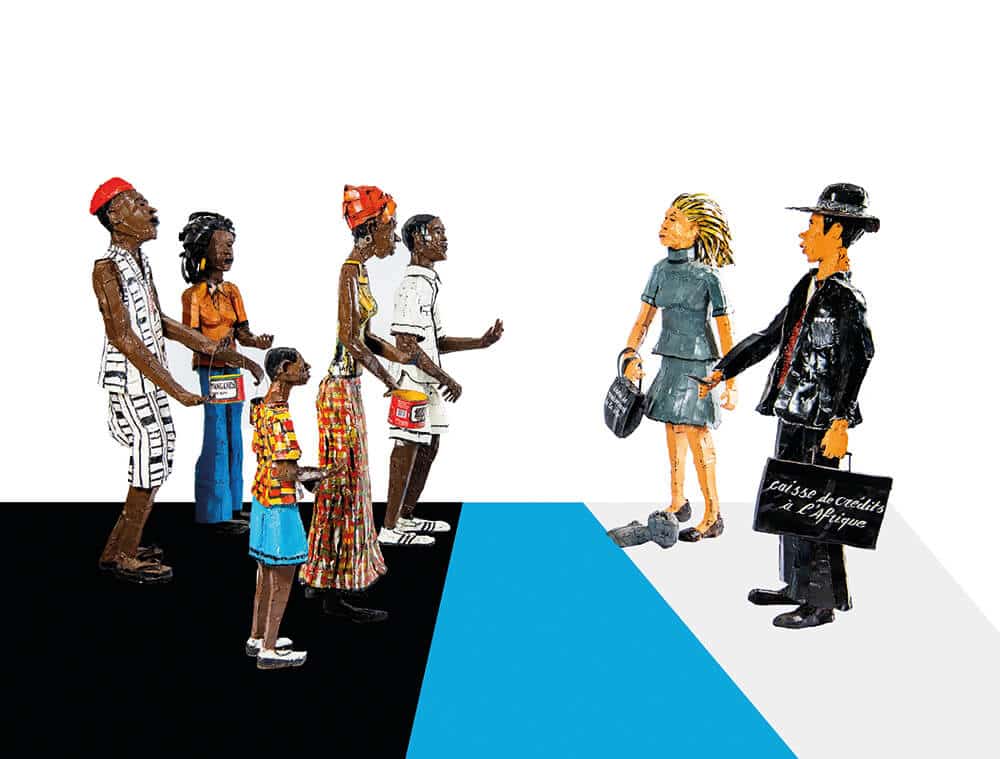 Cecil John Rhodes, and fellow Randlords alike, infamously envisaged a railroad system that would connect Cape Town to Cairo. It would have been a coloniser’s delight – easing the movement of British settlers, African labourers, and colonial riches. The exhibition ‘Prête-moi ton rêve’, or ‘Lend me your dream’, traces this route from northern Africa to the tip of the continent, but for starkly different reasons. Opening in Casablanca on 18 June this year – the first stop of its tour – the travelling exhibition will voyage to Senegal, Cote d’Ivoire, Nigeria, Ethiopia, and South Africa, before returning to Morocco in June 2020. Its last destination will be Marrakech, which will then be the capital of African culture of the year. Organizers purport it to be the first exhibition of its kind.

The exhibition is organised by the Fondation pour le Développement de la Culture Contemporaine Africaine (FDCCA) or the Foundation for the Development of Contemporary African Culture. Established in January 2019, this non-profit association is driven by the purpose of creating and carrying out projects of cultural and artistic value in the field of contemporary African culture. Director of the Foundation, Fihr Kettani, describes how “Through its projects, the young foundation wishes to defend certain issues that it cherishes. Inter alia, it wishes to contribute to the development of artistic collaboration amongst Africans, to participate in boosting the intra-African art market, to contribute to making contemporary African art more visible in Africa, to support the development of artistic professions in Africa.”

The idea to create the pan-African exhibition ‘Prête-moi ton rêve’ was born during the preparation of the exhibition of Abdoulaye Konaté at Galerie 38 in Casablanca. Kettani explains how Konaté, surrounded by his friends and fellow artists during the Segou Art Festival, discussed a shared feeling of remorse, as contemporary African artists who had become celebrated in the West, about being insufficiently showcased and exhibited on their own continent. The idea of meeting in large numbers on African soil and creating pieces for an exhibition that would travel to several African capitals to meet African audiences was thus born.

The unifying power of Abdoulay Konaté, Yacouba Konaté, and Brahim Alaoui, as the curators of the exhibition and of great artistic stature in their own right, quickly convinced some thirty renowned artists to participate in this ambitious project. Kettani notes that, “While the curators were working on the curatorial concept of the exhibition, the Foundation’s team was striving to organize the exhibition on a practical level – to raise the funds to finance it and the right partners to ensure that the project met the expectations of all the artists involved.” Several artists taking part in ‘Prête-moi ton rêve’ were also central to the organization of their exhibition. Their artistic residencies began in Casablanca in August 2018 and ended in March this year.

‘Prête-moi ton rêve’ is currently gearing up for its second iteration, to be hosted by the prestigious Museum of Black Civilizations in Dakar, Senegal to coincide with the Museum’s first anniversary on 6 December. The FDCCA is working alongside the Museum’s executive management and its multidisciplinary teams to further enrich the exhibition by integrating new artists in what Kettani considers to be an African collective intelligence at play for the benefit of an artistic project aimed at African audiences. The travelling exhibition is thus an exemplar of artistic collaboration amongst Africans. For Kettani, “This positive intra-African collaboration symbolizes at its humble level the idea of a continent that takes charge of its own destiny and demonstrates unlimited potential.”

This question of autonomy is important, especially in an art world that continues to be dominated by the Western market. The touring exhibition’s mission to unite African countries through art presents a reconfiguration of the cartography of the contemporary art map, placing Africa, and the methods, aesthetics, histories, and stories of living African artists at the centre. Kettani details how the Western art market, through its large-scale fairs, galleries and auction houses, has for many years helped contemporary African art to gain visibility on a global scale, resulting in the international scene’s interest in Africa. This has been a positive experience for some of our artists, some of whom have achieved immense success in Europe and the United States. “‘Prête-moi ton rêve’ aims,” he declares, “to share the successes of its artists with African audiences and wishes to inspire other projects that could contribute in general to the development of a stronger and more autonomous African art market. Africans could thus re-appropriate their successes and write their contemporary art history themselves.”

This feature was originally published in THE SONIC IS MY OXYGEN, ART AFRICA, Issue 18.

Zahra Abba Omar is a journalist based in Cape Town, South Africa.

A Muse for Africa: Museum of Black Civilisations