Anthea Moys; Simon Gush
PLAY WITH ME
FOR ANTHEA MOYS MAKING ART IS A MEANS TO CAPTURE, DEMONSTRATE AND REMIND ALL WILLING SOULS WHAT IT IS LIKE TO SIMPLY PLAY, WRITES TEGAN BRISTOW.

Earlier this year, on a weekday evening in August, the Bag Factory hosted RE/Action, a one-night only evening of performance art led by Johan Thom. Entering the Bag Factory, I saw Anthea Moys leading an absurdly dressed band of volunteers doing aerobics – she sported an equally absurd grin on her face. Although I’m not the participatory type, I wanted to join in and laugh at the girl who was shaking her booty the wrong way.
Moys demands very little from her audience but through her performance and video work she grabs you by the arm and reminds you of afternoons spent playing with other kids, of celebrating what your environment can offer you, of a time when you slipped in a puddle and thought it was the biggest joke on the planet. Yet it is with some weight that Moys, currently completing her MFA at Wits University, explains the seriousness of her intentions.
In early 2006 she visited Sierre, Switzerland, to participate on a Master of Arts in Public Space (MAPS) programme. It was in Switzerland where notions of play and public space come together for Moys. It started with The Accident Series, a video sequence in which she has accidents, literally. It was not her intention to make herself have accidents; Moys simply stumbled into them initially. It began on an exploratory walk one sunny day when she jumped over a fence into a beautiful snowy field and sank neck deep into the snow. She saved herself by “snow swimming” out.
“This experience signifies for me what play really means,” says Moys. “The situation was both potentially playful and dangerous, and it is in the tension between these two that my ideas of play exist.
Once Moys had swum out, she set up her tripod (which had swum out with her) and videoed herself swimming in the snow.
With its bright contrast in colour and activity, The Accident Series is reminiscent of the video work of Swiss artist Pippilotti Rist. In one segment, Slipping, Moys slips on ice over and over until she falls and knocks her head; in Sliding she literally slides down a slippery slope until she cuts her finger on the ice. These anxious yet funny works demonstrate Moys’ fascination with play: not only does she play with the limits of the environment, she also pushes at her own capabilities, pushing until something like a bleeding finger intervenes and it’s game over.
“Play is a transitory thing which relies on existing structures,” says Moys, unpacking her notion of play. “In play we subvert the real intentions and functions of structures in our immediate environment.” On her return to Johannesburg last year, Moys participated in the 94.7 Cycle Challenge: dressed in full cycle gear, she placed her exercise bike on a busy stretch of road and cycled along – only she was not going anywhere. “The act was somewhat anecdotal, now you see it, now you don’t. It was my engagement with the present moment while everyone else was engaged with the overwhelming goal of winning.”
Moys’ vital interventions, which have manifested on a number of occasions and locations around the city this year, are designed to shift peoples’ perspectives on everyday events and bring fresh potential to overly functional environments. Most recently, at the end of September, she organised the public spectacle, Have City Will Play. “We are taking advantage of the ‘safe’ area set up in Newtown Johannesburg by the Arts Alive Lockdown,” Moys declared. She arranged a Nonsensical Obstacle Course, a competitive race consisting of seven games on and around Mary Fitzgerald Square. For many it was an invitation to explore a space they had only driven through previously, for others it enabled a moment of playful engagement between strangers on the street. Most memorable for me was watching players, who were gratifyingly following rules, trying to convince passersby to participate in a three-legged race. Picture a weedy computer geek convincing the female vendor selling pap to hop down the road; or seeing a team of security guards volunteering their services by guarding and guiding blindfolded players as they navigated a minefield of market stalls. With the most serious intentions Moys had a whole street of people laughing.
Tegan Bristow is a Johannesburg based artist and lecturer in interactive digital media at Wits School of Arts.
About Anthea Moys: Since completing her BFA in 2004, Johannesburg-based Moys has participated on numerous group exhibitions, including Trasi Hennen’s curated show of video art, Art in the Dark (2005), Kazoo – it’s a live art thing at The Premises Gallery (2006), and Armed Response 2 at the Goethe Institut (2007), which she co-curated. A participant on Kin:Be:Jozi, an exchange project between artists from Bern, Kinshasa and Johannesburg, Moys recently presented Interruption, her debut solo exhibition in fulfilment of her MFA, at Intermission Gallery, 195 Jeppe Street, Johannesburg. Moys’ video piece, Snowswimming, has been selected for Spier Contemporary. To view Boxing Project, visit http://kinbejozi.blogspot.com/  or www.antheamoys.com .
UNCOMMON GROUND
WHILE ON A RECENT VISIT TO CHILE, SIMON GUSH CHATTED WITH PHILIPPE VAN CAUTEREN AND THOMAS CARON, OF BELGIUM’S SMAK MUSEUM IN GHENT, ABOUT LATITUDES, TAKING POSITIONS AND SLOWING DOWN THE CONSUMPTION OF ART. 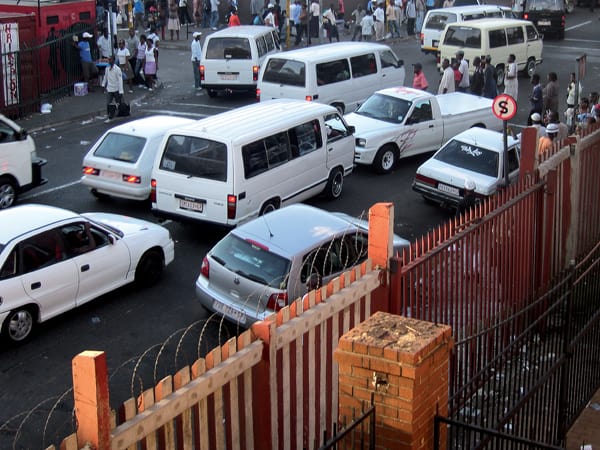