Two leading auction houses Aspire and Strauss and Co, are proving it is more than just about selling art, by both receiving the 21st Annual Business Arts South Africa (BASA) award. Aspire Auction house received the award in the strategic project category for their pioneering Artist’s Resale Rights (ARR). Whilst Strauss was the recipient of the Chairman’s Premier Award in the year of the company’s 10th anniversary at the Victoria Yard in Johannesburg on Sunday.

Aspire is the first and only auction house in South Africa to pay living South African artists royalties on the resale of their works on their auctions. This is critical as South Africa is one of a group of countries that have no existing legislation to govern the implementation of an Artist Resale (ARR) scheme. In the absence or a government mandated collecting agency, Aspire voluntarily covers the cost of the ARR percentage fee. The ARR initiative is Aspire’s investment back into the industry, acknowledging the value of authorship and ensuring support for artists. To date, Aspire has paid more that R400, 000 in royalties to more than 90 South African artists.

The Chairman’s Premier Award is made at the discretion of the Chairman of BASA and recognises sustained and extraordinary commitment to the arts in South Africa. It is one of three BASA Special Awards that are not adjudicated by the judging panel.

The announcement was made by BASA Chairman, Andre le Roux, at the close of an event which celebrated a range of business and arts partnerships that play a role in building an inclusive economy.

Strauss & Co was founded a decade ago with the vision to create, not only South Africa’s foremost fine art auction house, but an institution that plays a significant role in growing the country’s creative industries.

“It’s such a special honour to receive this award in the year of our tenth anniversary,” said Bina Genovese, Strauss & Co Joint Managing Director Cape Town. “To be recognised for the many different projects that we are involved in is a powerful endorsement of our multifaceted commitment to the art world, outside of our day-to-day business.” 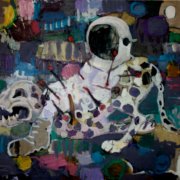 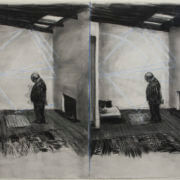 Meet the Participants of Lagos – Maputo 2018
Scroll to top